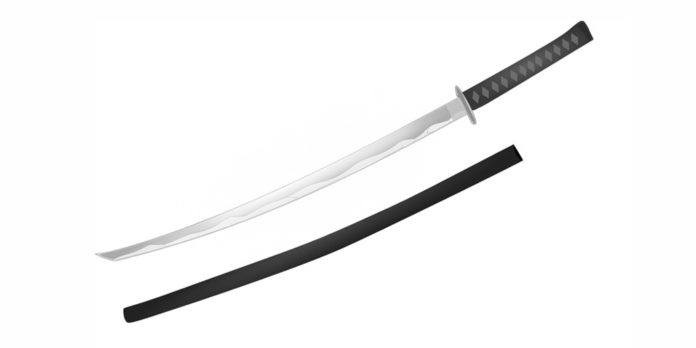 Japanese history is famous around the world just because of the katana. Samurai and their swords are idealized and iconized. The katana sword is considered an icon in the Edo-period history of Japan. There are several novels in which characters are described as using these swords.

A katana is a sword that has a single-edge blade. The sword is different from the rest of the variety of swords in the sense that it has an extraordinary long blade. The average length of a katana sword is 60 cm. It is not usually perfectly plain although from some angles it may look like that. It has a little curve. The grip is intentionally made to suit two hands. On buying it, you will have a circular or square guard that you will have to wear it with the scabbard. The blade should face upwards while you thrust the scabbard through the sash. In those days there were rules to wear a katana. It is believed that only Samurai had permission to carry the sword.

Don’t confuse katana with other swords

There is another sword that appears to be similar to the katana. However, it is different in name and size. Although it looks similar to katana, it has a shorter blade that is about 30 cm to 60 cm long. It usually accompanies katana. During old times, samurais used to wear both swords together. It was a mark of distinction and also an official feature of samurai. The merchant class was only allowed to wear a wakizashi. It was more a necessity than a luxury for the merchant class as they had to protect themselves and their luggage during traveling.

Samurai would carry weapons that have similar blades up to 30 cm long. They were named as tanto. A few of them were 30 cm long and were named as odachi. However, they were not quite commonly used.

Katana and wakizashi were the main weapons of samurais as they continued their long rule over Japan. Apart from being the mark of distinction, the swords also represented their honor and power.

Katana is a brilliant sword that sword lovers love to keep with them. One of the major advantages of katana is that it offers you the first stroke with lightning speed. One of the major reasons as to why you should keep a katana or wear a katana is that in case of a fight or an encounter with a wild animal, the bearer of the sword can draw and cut with the katana by a single motion.

Katana was so special and different from other swords that a fight between the samurais would not last longer than a couple of seconds. This is the time during which the real fight took place. Katana was a straight blade which made it ideal to be used for stabbing. It also was curved enough that a samurai could concentrate all his force on even a small part of the blade. Katana was made to cut a person in half in a split second.

Why Bandanas Are Essential For Dogs

Benefits of equipping your laptop with a good battery

A Guide to Picking out the Right Light Bulbs

The Pros of Silicone Phone Cases